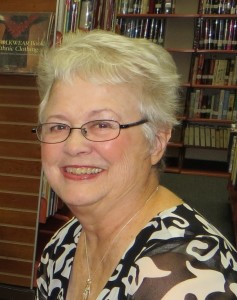 Lesley Frazier and her family moved to San Carlos in October of 1980.  In the spring of 1982, then Managing Librarian Ruth Gardner decided that the San Carlos Branch Library, which opened on January 9, 1974, needed a Chapter of the Friends of the Library. She invited some of the branch’s regular patrons and volunteers to join.  Lesley became a charter member and the first editor of the SCFOL Newsletter.  Betty Sherman was the first President of SCFOL.  One of the first activities SCFOL sponsored was the book rental program.  The rental books — newly published, hot titles on Top Ten Lists—were purchased by SCFOL.  The rental fee was $0.25 per day and stayed at that rate for SCFOL members until the program was discontinued in December of 2013.  (It has been replaced by the new FREE Leased Book program.)  We thank Terry Gladin, SCFOL board member for the many years that she dedicated to the choosing, purchasing, and cataloguing of the rental books.

Originally, books donated to the San Carlos branch were sent by the librarian over to City Heights.  But after the founding of SCFOL, she suggested that San Carlos have their own book sales to raise money for the purchase of the Rental Books.  Thus, in the early 1980s, SCFOL started their first Saturday of the month Used Book Sales.  Proceeds were in the low hundreds but covered expenses.

Jim Shields retired his day job in late 1992, and was promptly volunteered by his wife Pat, 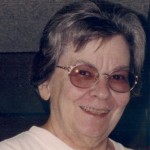 to help her with the Book Sales.  She had recently taken over as Book Sale Chair.  January, 1993 was Jim’s first Book Sale which grossed $569.45.  He recollects his first job was to put together boxes used to sort the books. Early fellow volunteers included Orly Baird, Owen Clinton, Harley Mayfield, and Jack Hayhurst.

Today, there is a core of about 12 people who sort donated books two times per week.  The oldest sorter volunteer is 96 years young.  By March, 2014, the Monthly Used Book Sales will have brought in $400,000.  All of these funds have been used to support the San Carlos Branch Library by purchasing books, programs and equipment to maintain and upgrade the present building which was originally designed to hold 40,000 volumes but now houses 70,000.  The branch has outgrown its 8000 square foot design and 48 person capacity community room.  Please support the construction of a new 25,000 square foot San Carlos Branch Library and Community Center which is planned to have a Used Book Sale Room so that all of those boxes of books will have a more permanent home. Each month we offer over 500 boxes of books (about 20-40 per box).  We have a huge selection of children and cook books, and we have a turnover rate of about 50% so you can always find something new. See you on the first Saturday of next month!