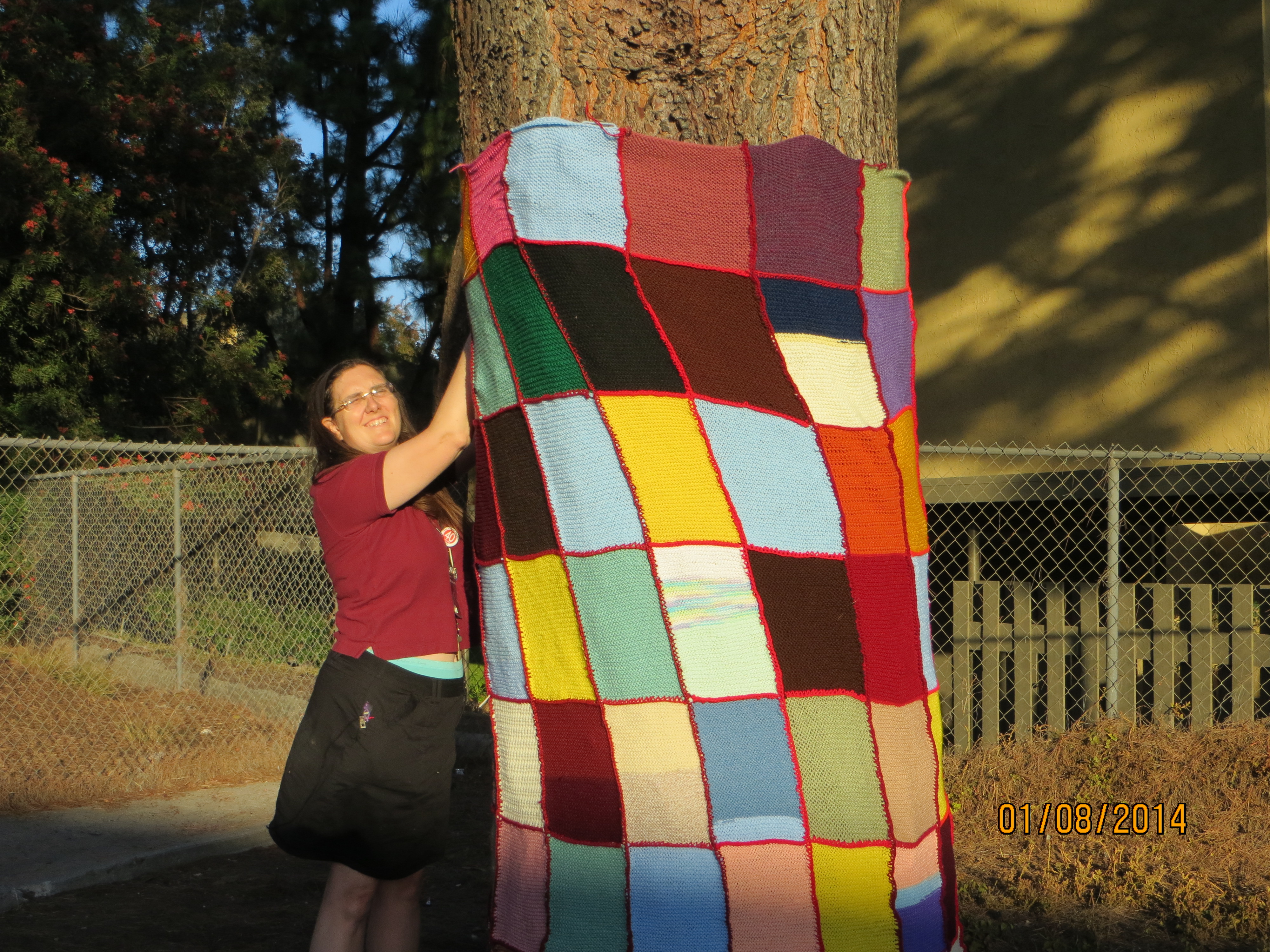 January 9, 2014 marked our 40th Anniversary– a banner year for the San Carlos Branch Library. Join us in “Honoring the Past, Building for the Future.” We planned a year full of fun activities for the whole family, starting at 3:00 pm on January 8, with a YARN WRAPPING (A.K.A. “bombing”) of the library.   A little like toilet papering, but done with yarn. Wikipedia defines it as “a type of street art that employs colorful displays of knitted or crocheted yarn rather than paint or chalk to decorate outdoor areas.”

On January 8, dedicated “Yarn Bombing” experts (and not so experts), using Rita’s best guess of 10 MILES of yarn, helped kick off the 40th Anniversary of the San Carlos Branch Library.  Even though the skies got dark, and the weather brought a chill, these dedicated library volunteers sewed and sewed, until every tree and pole in the library’s parking lot was fully or partially covered with colorful yarn.  Take a look at the slide show, and then “come on down” and see their work for yourselves.  The display will last as long as the elements allow. [easingsliderpro id=”33″]